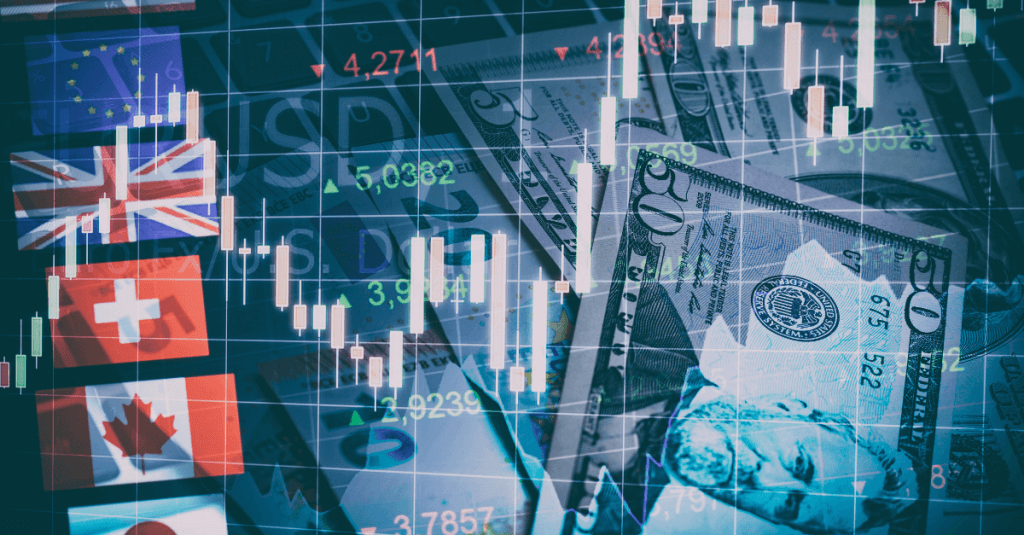 There are numerous currencies traded in the Forex market but not all are traded as frequently as others. Some currencies are more liquid and this larger volume of traded currencies boost the chance of profiting. As a trader, you should know the most traded ones to help in your decision-making. In this article, we will discuss the eight major currencies in Forex.

What are Major Currencies in Forex?

“Major currencies” are the most profitable currencies for trading in Forex. They have the highest liquidity and as such are traded more regularly. All currencies of the Forex market are denoted by ISO-4217.

The symbols of the major currencies of the world are listed below:

As you can see, currency symbols always have 3 letters, the first two letters represent the name of the country and the third letter is the name of that country’s currency. For example GBP – GB is Great Britain and P stands for Pound. Simple enough.

This is the home currency for the United States and is also referred to as the Buck. It is traded widely in the Forex market. The Federal Reserve System issues and regulates the currency. The reasons why the US dollar is popular include;

The value of this currency is influenced by central bank announcements, interest rates, gross domestic product, and employment reports.

This is the European Union’s official currency. It is also known as fiber. It was introduced in the year 1999 and comes second as the most traded currency after the US dollar. It is also the second largest reserve currency. The European Central Bank (ECB) makes monetary policy decisions and also issues the currency. One important aspect of the euro is that it contributes to the liquidity of currencies it’s traded with. The value of the euro reflects the economic conditions of the member states. Gross Domestic Product reports, political and economic factors in the economic bloc have an influence on the currency.

This is Japan’s currency and is issued by the Bank of Japan. The value of the currency is influenced highly by the strength of the country’s economy, industrial production index, and GDP reports. The Japanese Yen is popular due to its involvement in the carry trade. This is where people profit from trading differences in interest rates. The zero interest rate policy of Japan allows borrowing at low cost to invest in other currencies and benefit from the differences in rates.

This is the home currency of the United Kingdom and is issued by the Bank of England. It is ranked fourth as the most traded currency. The British Pound is majorly influenced by economic performance, monetary policies, GDP and inflation rates. GBP was once ranked as the second most traded currency but it was surpassed by the euro.

This is Switzerland’s official currency and is regulated by the Swiss National Bank. The bank also monitors the Forex market to ensure reduced volatility of the market. This currency is considered a safe haven because of the monetary policies set and it also rises when there is high uncertainty in the market.

This is the currency used in Australia and is issued by the Reserve Bank of Australia (RBA). Its value is mostly influenced by prices of commodities such as oil, coal, iron, and copper. The rate of imports and exports also influence the value of the currency. The Australian Dollar is ranked sixth as a reserve currency. Differences between interest rates of RBA and other central banks also have an influence on the currency value.

It is Canada’s official currency and is regulated by the Bank of Canada. It is referred to as the Loonie. It is ranked fifth as a reserve currency. Canada is almost similar to Australia in terms of the natural resources. This means that the value of the currency is dependent on the prices of commodities. If the prices of commodities rise, then the currency’s value will rise and vice versa. The value of the currency is also influenced by the economic performance of the United States since they are major trading partners.

Also referred to as Kiwi, the NZD is the country’s official currency. It is issued by the Reserve Bank of New Zealand (RBNZ). RBNZ sets interest rates and ensures price stability by targeting inflation to a certain percentage. The high interest rates encourage carry trade.

As more currencies are traded in the market, it is important for traders to understand what factors affect the values of the major currencies. Keeping this in mind will maximise your potential for effective trading.

5 Facts About The Forex Market In Nigeria