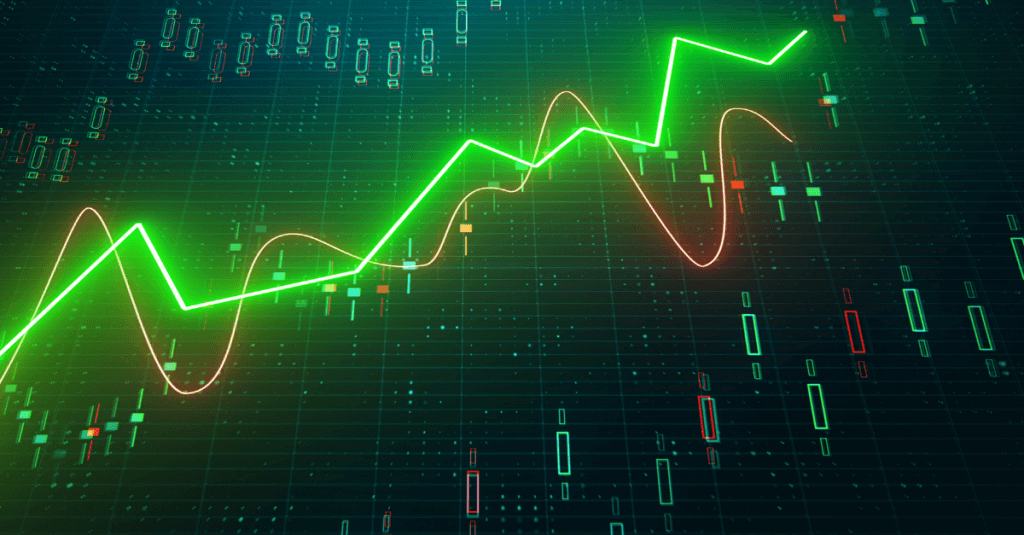 How To Use Technical Indicators When Trading Forex

There are many technical indicators available in MetaTrader. Some of the most used indicators include;

From its name, this indicator measures the average price of a financial instrument over a specified time period. One principle of technical analysis is that price moves in trends. Therefore, a moving average is essential for finding and following a trend.

The types of moving average are;

How to Use Moving Averages

In an uptrend, the price action is usually above the moving average.

In a downtrend, the price action is below the moving average.

A better way of using moving averages is adding more to the chart. If there is a crossover, a new trend is likely to be formed. For example;

This technical indicator shows whether a financial instrument has been overbought or oversold in the market. Its scale ranges from 0 to 100. However, the levels monitored are 30 and 70.

How to Use Relative Strength Index

This technical indicator is used to check on the volatility of the market. They consist of 3 lines. The lower band, upper band and the moving average in the middle. Both lines are moving averages. The difference in standard deviation shifts the 3 lines to different positions. The upper and lower bands act as resistance and support levels respectively. A low volatile market is evidenced by bands that contract and are closer to each other. An expansion of the bands is brought about by the increase in price volatility.

How to Use Bollinger Bands

When the price moves closer to the upper band, it signifies the financial instrument has been overbought. Therefore, a reversal will likely take place. This may act as a signal to sell. Price movement towards the lower band indicates that the price may start to rise. Narrowing of the bands is usually a signal that price will move sharply, either up or down.

This technical indicator is used to identify a trend and also measure the strength of a trend. The MACD histogram is got from the difference between the 26 day EMA and the 12 day EMA. It also includes a 9 day MA which is the signal line.

How to Use MACD

How to Use Stochastics Oscillator

The overbought zone is above 80 while the oversold zone is below 20. When both lines are in the overbought zone, then it is an indication that the price may fall. A sell signal is when the lines cross below the 80. When both lines are in the oversold region, then there is a probability of price rise. Buy when the lines cross above level 20.

Leonardo Fibonacci was a skilled mathematician who discovered a series of numbers whose ratios are used in chart analysis today. The Fibonacci series is as follows;

The numbers in the series are derived by adding the two numbers before them. For example;

The ratios are computed by dividing one number and the prior number. For example;

Other ratios are acquired by dividing the alternate figures. For example;

The other ratio is acquired by dividing one number and the other three places away in the series. For example;

How to Use Fibonacci

In an uptrend, when setting up the indicator, you plot starting from the swing low to the recent swing high.

In a downtrend, you plot the indicator from the swing high to the recent swing low.

The most important levels in Fibonacci are 61.8%, 50%, and 38.2%. The market may retrace at this points before proceeding with the original trend.

Developed by Welles Wilder (developer of RSI indicator), the Parabolic Sar follows the price direction of an instrument. It is mostly used to signal the ending of a trend. Graphically, this technical indicator appears as successive dots on the chart either below or above the candlesticks.

How to Use the Parabolic Sar

Technical indicators are significant to traders whether novice or experts. However, no technical indicator can be successful on its own. Therefore, it is necessary for traders to include 2 or more indicators in their trading plans for better results. When selecting indicators to use, here is what to look for;

Traders use different indicators in their trading strategies. Hence, use the ones that work best for you.

Ready to learn more about forex trading? For more articles, check out our education section.