The foreign exchange market will always be unpredictable. Economic and political news as well as other factors influence how the market prices move, and sometimes traders unfortunately incur losses that they were not prepared for. This is the reason why knowing about the stop loss and setting one up is important to the trader.

What is a Stop Loss?

A stop loss is an order entered by a trader which enables the exit of a trade when a predetermined price level is reached. It helps reduce risk on a trade in case the market moves against your position. It helps you decide on the amount you are willing to lose. For example, you buy EUR/USD at 1.1708 expecting it to rise. With your speculation in mind, you set up a stop loss at 1.1688 which accounts for 20 pips.

From the screenshot above, the stop loss is the red dotted line at 1.1688. The green dotted line is the point when the buy trade was entered. If the price moves against the trade and reaches the stop loss, the trade is automatically closed. This prevents further loss by the trader and is also important to a trader who may not be available to watch the market all the time.

How to Set up a Stop Loss in Metatrader 4

MetaTrader 4 is one of the most popular trading platforms used by traders around the world. It may look difficult to use for a novice trader but it’s actually quite easy to understand. The procedure to set it up in MT4 is as follows;

Once you double-click on the currency pair, a dialog box will appear. It has the tabs of buy and sell and also has the option of setting up a stop loss and take profit. This is shown below. 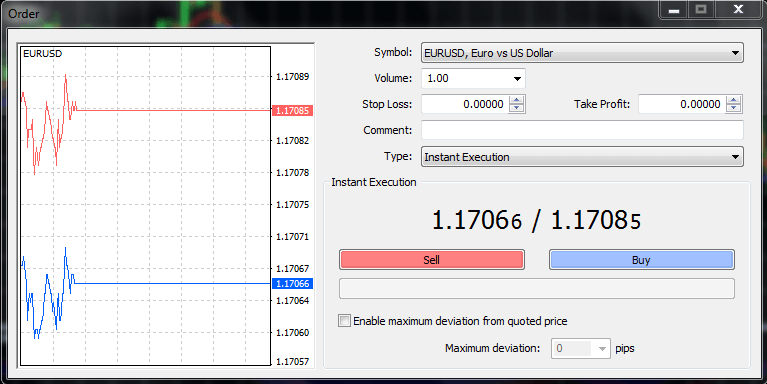 How to Add a Stop Loss After Placing a Trade

In order to set it up in MT4 after a trade, simply do the following;

The trailing stop loss and the regular stop loss order are significant to the traders since they reduce the risk of trading in the forex market. Once you learn how to effectively use them in the trading platforms you’ll be able to trade with much greater confidence and a likelihood of success in your investments.

To read more articles take a look at our Forex Education section.

Users who liked this: